What's on your mind?

In other words, what Is one monster hunter theme you just can't seem to get out of you're head?

Mine personally Is Diorekkusu's theme from frontier.

My Rathalos has their own unique equipment, I dont know should I make my own Rathalos Page or append my equipment on someone else Rathalos Page

I never thought about this yet

Do we have a rules how Monster's page work?

Is it individual page or we ramp-up the same monster together?

Personally, I want my own Rathalos page, this is why most of Monster in my FanGame are original

Do you remember the Monster Hunter movie? The one that sucked? Right, let's make it not!

A few of us on the Discord server are going to be bouncing ideas around for not just the first movie, but the subsequent sequel and the final movie in the trilogy! And I thought that everyone should have a chance to make some suggestions. So go ahead and leave them here in these comments - monsters you'd want to see, scenes you'd put them in, scenarios that you think would be exciting, anything! We'll pick from the list, alongside what we come up with, and work it into a complete trilogy. And when the scripts are done, I will be posting them here!

Monster Hunter - Artemis is attacked crossing a desert and saved by the stranded hunter. They escape together, catch up with the Hunter's companions, and face a powerful Rathalos. When defeated, it turns out the Rathalos was sick, and they decide to try and find what infected it.

Monster Hunter 2 - Artemis, Hunter, and their friends continue to track the trail of sickness, finding traces and clues to the monster responsible. A second group is sent ahead as they hunt another sick monster. When they arrive at the scene, the monster has killed them - it's a Gore Magala, and it escapes.

Monster Hunter 3 - The group move to follow the Gore Magala, but discover that they too have contracted the Frenzy virus. They fight on to find a temporary cure, and then engage with the Gore Magala, which has molted into a Shagaru. Despite the stakes, they are able to defeat it. 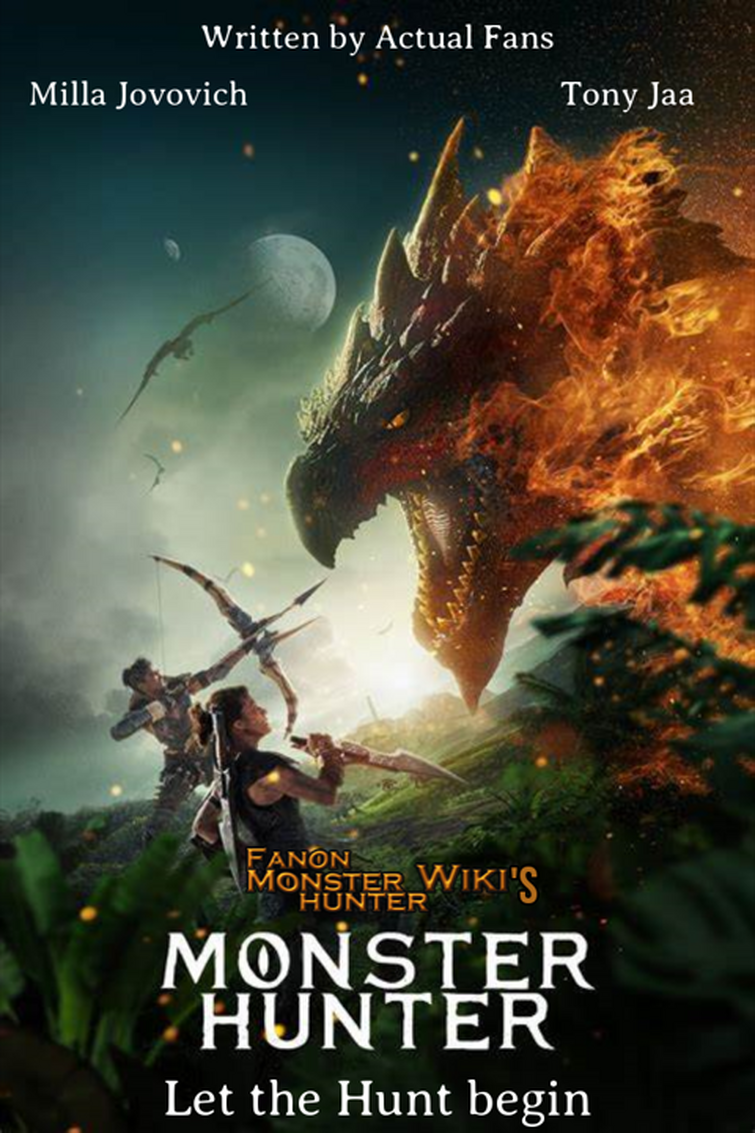 Hey guys, first post here, since Sunbreak drops tomorrow, I would like to know which monster you guys are excited for the most.

Also, any speculations on what the final boss could be and how it's linked to Malzeno?

Was wondering, based on your own characteristics, what would an armor set look like (skills, look etc) based on yourself?

Knowing myself I'd be sure to have a set skill with Speed Eating and Cooking, lol.

Hey there! I've only been here for just over a year, but in that time I've seen a great number of people join this community, and it really warms my heart.

I'll keep it brief. It's great that people want their monsters to have music themes, but in the 7 years this site has been around a lot of files have already been uploaded. Currently I'm helping Setheo to clear out broken and duplicate files, so if you have a musical theme you really want to use for your page, please check that it hasn't already been uploaded. You'll be saving the two of us a lot of time and that will obviously make us both very happy, whilst also preventing us from having to mess with your pages!

To anyone who's been around longer than me, if you see that your themes have vanished from your pages and they've been marked with the dreaded "pages with broken file links" tag, don't worry. I'll be replacing any themes that have been deleted due to their sources being removed. That comes in phase 2 of this plan! So just wait until I resolve the issue.

If you have a file to upload and it isn't here already, please leave it with the original title of the video, as opposed to re-naming it. That means that, if the worst happens and it gets broken in the future, I can replace it more easily, instead of me having to bug you to find another version of the original video.

Thanks for taking the time to read this! Keep creating - see you soon!

Recently I made a revamp of a crossover monster named Gear REX (With permission from Nin10dillN64), and since its biology suggests its a product of nuclear exposure (as well as one of its titles being the Nuclear Dragon) I wanted to try and make a locale based around the idea of a nuclear fallout.

So far my idea is that the new area has high concentrations of uranium, and something caused a nuclear fallout event to happen (I was thinking a massive storm, but other ideas are appreciated.). Over time the radiation settled down, but a lot of the monsters have gotten strange mutations as a result to exposure.

I'm somewhat short on other ideas, so I'd appreciate some suggestions some possible names, geography, relevant locations, and/or monsters. So far I have a poison piscine wyvern, a radiation elder dragon, and a Uranium Kuarusepusu subspecies in mind, but all three of them are only simple ideas.

Hi. I already thought about a concept for a fangame called Monster Hunter Mysterie about 3 years ago, where it should be about things that are only marginally mentioned in the world of Monster Hunter. Like the Garuga Kingdom for example. I actually tried to create the page, but failed because I don't know how to create these categories. So monster list, quest lines, area list etc. That's why I wanted to ask again for help and explanation.

Second, I had 2 creature ideas but IDK if they are good.

Nightshade Rakna-Kadaki. This is a Rakna that is completely black. It still uses silk but instead of fire it uses poison. The normal rachnoids are still used, and they still use fire.

Storm Serpent Rajiak. This is a child from narwa and ibushi. It controls both wind and lightning. It is essentially Ibushi with some of narwa's moves.

Dunno how it feels for everyone else, but I have the feelign the waiting this month will feel like ages, lol. Pretty happy to see the new silkbind skills and nice counter/evade moves.

What are your thoughts to it? Any speculations or guesses what we'll see?

I've been considering a Tetranodon Deviant for a while and wanted to know if I could put this in as a serious concept or more of a joke monster.

Description: This tetranodon is ancient and experienced. In his long life he has often fought and won against hunters. At some point he even learned to use the hunter's weapons against them.

Appearance: Outwardly like a normal Tetranodon, only larger and wrinkled. But the colors have changed. His back fur is dark green, his belly is more blue. And the record on his head is more present and shimmers slightly metallic.

Gameplay: it's just a Deviant. That means most attacks do a lot of damage and/or have been expanded. For example, his Sumo Stomp has significantly more range.

And now to the point why I prefer to ask before I create it. His pin attack: the normal Tetranodon will eat you if he catches you with it. Well he does that too, but he immediately spits the hunter out again and eats the weapon. After that, he will spew out a beam with the element of the weapon. The weapon can then be picked up like a Shiny.

Oh by the way can i use the pics from the icon category on the wiki or not?

My name is Mr. Ridley 2 and I would like to join this fandom starting today.

I'm writing this to introduce myself and because I'm afraid of doing something wrong. I've been a silent viewer here for 4 years so I pretty much know what monster sites are supposed to look like.

However, I'm still a beginner and my English isn't the best (I'm from Germany).

On good cooperation and I will try to present my first monster coexis during the day.

I wanted to make a deviant of Odogaron based on the Dalamadur-esque objects at the back of its den. I already made an icon for it, but I'm afraid it might overlap with BannedLagiacrus's HC Odogaron. Should I still try it or nah?

I'm leaning towards yes because one is a Deviant, and one is just a harder version of a monster, kinda like Deadeye vs Scarred Yian Garuga, but I'd still like imput.

I've seen many fanmade monsters usually have custom icons and i was wondering how do i make my own, like do i need to use a specific app or what?

What does it do?

What is Aetherblight and what does it do?

What is Aether's weaknesses and strengths?

Sorry it's taking long to finish Koráki Tis Dikaiosýnis, I'm really trying hard to finish it. It's almost done though so the finished article will be coming soon!

Either tomorrow or the day after that I'm going to be starting up a page for my MH game concept. I want to work on my video first seeing as I just discovered this was a thing today and I have already been working on my video for three weeks now. The first couple pages will give some basic background for the region as well as provide context for much of the inspiration. I will say that this entire game is loosely based off of Norse mythology. I hope you enjoy the direction I take this story. 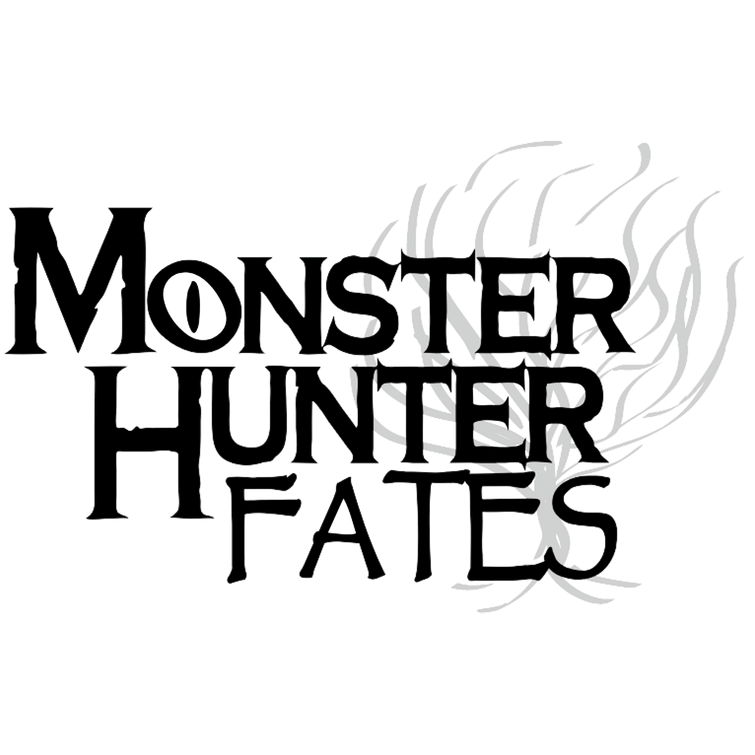 What can of online art website or software can I use to make a icon for my new monster?